To Ikica, Mime, and Andja

Economic Crisis of the 1980s
After the political crisis in the early 1970s, it seemed that Yugoslavia’s economy was doing exceptionally well. The new and (especially in Croatia) unpopular political leaderships in the republics and federation were eager to legitimize their reign by making sure that there were visible signs of economic improvement. This impetus was reflected mainly in two fields: huge investments and a rise in the standard of living. The investments were made regardless of their economic feasibility or of the real strength of the economy, and, at the same time, the overall standard of living improved in the country. Usually, if a country turns to heavy investments, the standard of living suffers, but in Yugoslavia both were expanding simultaneously. The solution to this apparent contradiction was found in foreign credits. Yugoslavia was borrowing billions of dollars from the Western countries and banks.
The mistakes of Yugoslavia’s economic planning of the mid-1970s were already becoming visible by the end of the decade. But while the foreign debt was huge and still growing, inflation rapidly increasing, and the investments not making expected returns, the Party leadership turned to meetings and discussions on the economic problems. In 1981, a 300-member federal commission was created to find the cures for what they believed were only minor flaws in a still healthy economy. After two years of meetings and discussions, the commission came out with a long range program of economic stabilization. It did not propose any radical changes in the economic system, but simply recommended firmer implementation of the existing economic mechanisms. This, and a number of other attempts in the 1980s to fix the system and get the economy on the tracks, did not work. On the contrary, the inflation continued to burgeon from 45 percent in 1980 to about 300 percent at the present time, and it is still growing. Industrialization and modernization were halted, the standard of living rapidly declined, unemployment rapidly increased, and the foreign debt remained around twenty-one billion dollars.
Despite economic hardships and constant decline of real salaries, surprisingly there were no serious social disturbances in the first half of the decade, mainly because of corruption and flourishing underground economy. These two things served as main vents to the social and economic pressures. It is a common belief that the state and Party bureaucracies are permeated with corruption. Strong indications of this belief are their lifestyles and almost constant corruption “affairs” involving people at the top Party echelons. It is believed that it is not the hard work but the membership in the Party or “good connections” that bring economic and social advancement. Thus, while the regime kept an eye closed, many turned to the underground economy in order to make a living, or even to enrich themselves. However, the longer the economic crisis lasted, the more people were squeezed out of the game. As a result, numerous strikes have been taking place in the last two years; there are more and more homeless and hungry people in the country, and the economy has not been able to turn around. The regime is trying to raise hopes again by proclaiming that the country needs yet another economic reform. But after the failure of sixty economic, political, social and other reforms in the country since 1945, there is a serious doubt that new reforms would succeed.
One of the major problems of all Yugoslav economic reforms has been the umbilical ties of the Party to the economy. Although, on one hand, the Party has been constantly professing and even strengthening the principles of self-management, on the other, it has been nullifying those principles by its constant interference in all levels of the economy. For this reason, there is skepticism about the success of any future economic reform unless the Party lets the economy out of its grips. But if the Party should do that, it would mean the end of the Party’s monopoly of power, which would usher in radical changes in the system itself. Although there are more and more internal voices suggesting that the Party give up its avantgarde role, one can seriously doubt that the Party will, out of its altruism, make such a radical move.

Declaration on the Name and Position
of the Croatian Literary Language
March 15, 1967 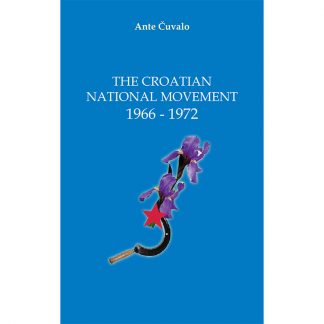